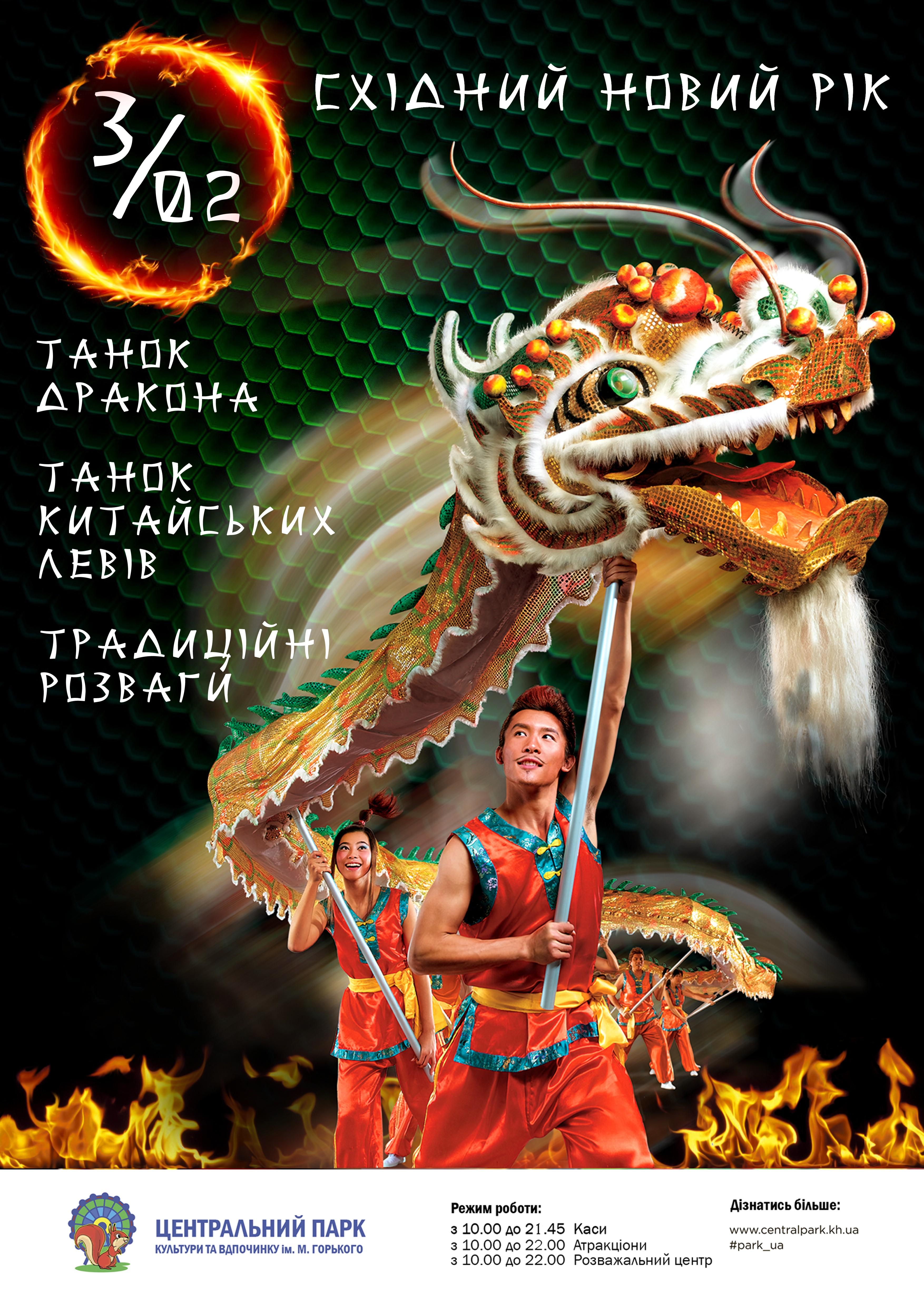 The New Year's Eve on the Eastern calendar has become one of the wonderful traditions of Gorky Park. Many Kharkiv citizens and visitors come to us to immerse themselves in the atmosphere of an exotic holiday. This year the event will take place on Sunday, February 3.

The entertainment center will be festively decorated with Chinese lanterns, woven patterns, scrolls with calligraphy. The concert will begin at 14.30 on the ground floor of the Entertainment Center. We will meet the year of the Yellow Earth Boar with traditional and modern Chinese, Korean, Vietnamese songs and dances. The guests of the festival will enjoy an exciting dance of Chinese lions. This exotic show is an integral tradition of the New Year celebration on the eastern calendar.

Themed workshops will be held on the second floor. Here it will be possible to weave Chinese knotted ornaments, practice Chinese calligraphy. Those who wish will play the Japanese game of Go, take part in the tea ceremony.

At 5.30 p.m., a competitive entertainment program with a variety of fun tasks will begin on the Main Stage. At 18.30, under the crackle of crackers and drumming, a 14-meter-long Chinese Dragon will appear in the Central Square. The dance of this mythical creature is another bright tradition of the New Year's festival. After the show, dance k-pop groups will perform on the Main Stage, a disco with Asian hits will begin.