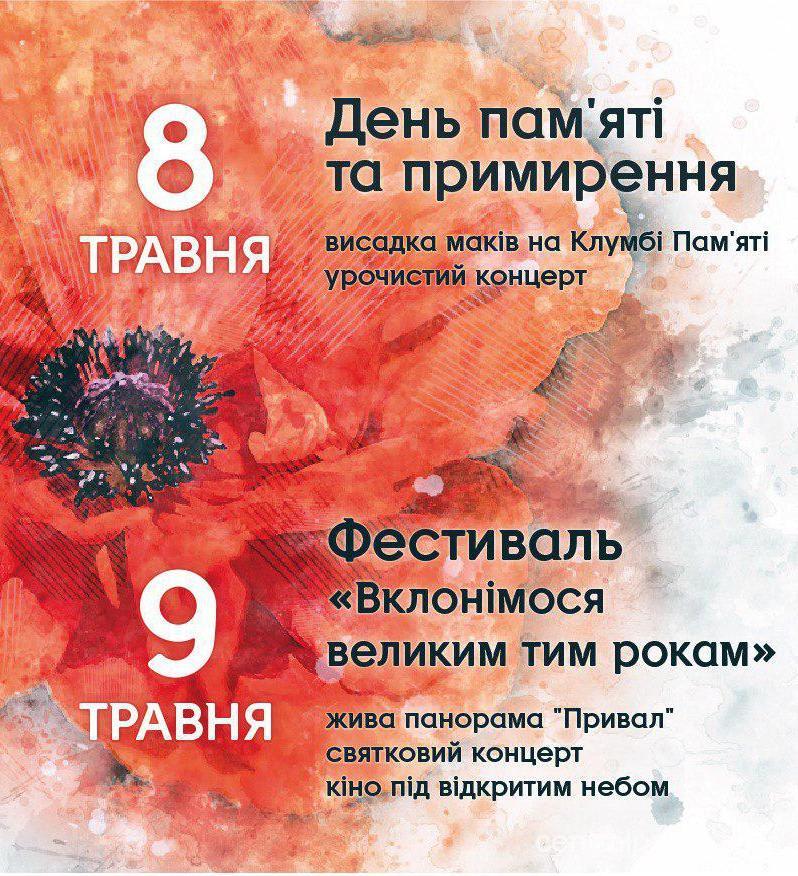 Memorial and Reconciliation Day in the Central Park of Culture and Rest named after Gorky will celebrate the traditional planting of poppies on the flower bed of memory. Everyone will be able to participate in the action and honor the memory of those who fell in the wars.
Open central workshops on making poppies will be held on the Central Alley. At 18.00 on the Main Stage there will be a concert “Peace March” of the members of the Visbour Club, and at 20.00 when the weather is nice, the legendary comedy “Some Old Men Are Going to Battle” will be shown. From 18.30 in the French park, melodies of the war years will be sounded on the accordion.
Victory Day in the park will be celebrated as part of the music and theater festival "Worship the Great Those Years." In Retro Park, in the French Park, on the Main Stage there will be concerts with the participation of vocal, dance and theater groups.
In the Birch Grove, near the Cableway, there will be an artistic installation “Halt”. Here you can listen to songs on the gramophone, take a picture by the fire, go through an obstacle course with a shooting range. At 20-00 in good weather in the open air Leonid Bykov’s comedy “Only Old Men Go to Battle” will be shown.
Celebratory concerts will also take place at the park’s small stage venues. At 16.00 in the Retro Park a concert of Yana Vashchuk will take place, at 17.00 in the French Park - a vocal program and an accordion concert.
At 13.30 on the main stage, a theatrical sketch "Children of War" will open a gala concert. The participants of the Sunflower production center, pupils of the Children’s Theater of the Future children’s theater, will perform within its framework. At 17.00 a concert of the National Guard of Ukraine Orchestra will take place. A youth disco will complete the holiday.