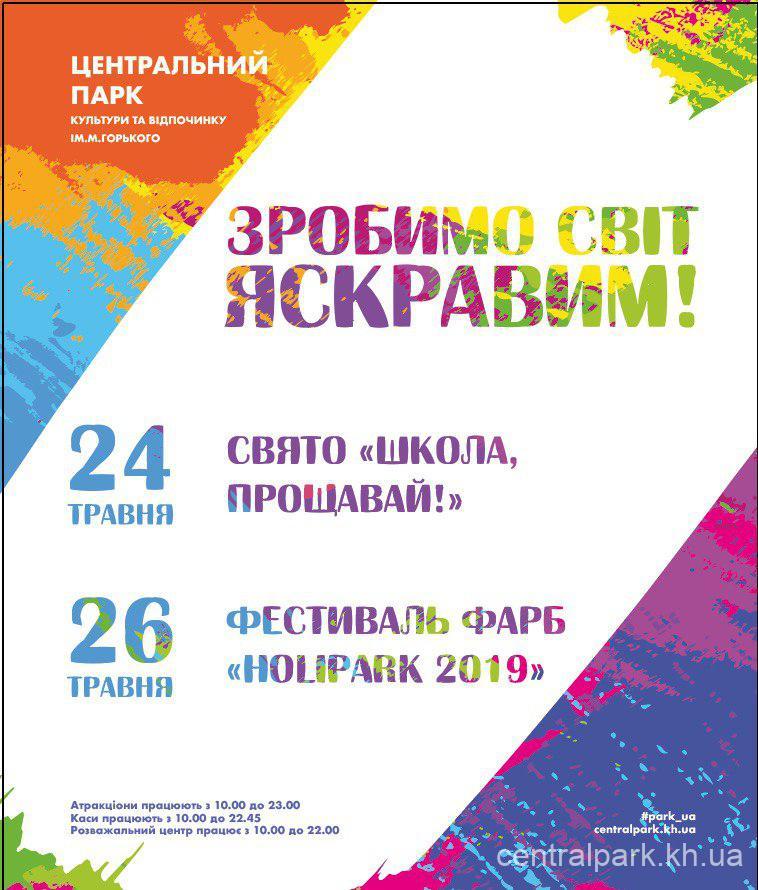 On May 26, one of the most popular holidays will take place in Gorky Park - the HoliPark 2019 festival of colors. Central Park of Culture and Rest M. Gorky conducts it with the support of the Ukrainian-Indian Academic Center of KhNU. V.N. Karazin.
Holi is a traditional Indian spring festival during which it is customary to sprinkle dry paint on each other. It is believed that the more colors a person gets, the more happiness and good luck awaits him.
The HoliPark 2019 festival will begin at 12-00 with a performance by the artists of the Yajeshvari Dance School. Exactly at 13-00 the grand opening of the holiday and the first firework of colors will take place. Fireworks of paint will take place three more times - at 15.00, 17.00 and at 18.00. All HoliPark participants will simultaneously throw up handfuls of bright paint.
At 13.15, the concert program “HoliPark 2019” will start, in which Indian students from Kharkov, Indian dance groups, and musicians playing traditional Indian instruments will participate. Park guests will sprinkle paint on each other to incendiary Indian rhythms.
On the central avenue of the park it will be possible to apply mehendi or bindi, make face painting. Those wishing to learn how to wear saris, men's clothing, tie an Indian turban.
Performances of artists will last until the evening, going to an Indian-style disco with the best dance hits. The holiday will end at 22.00.